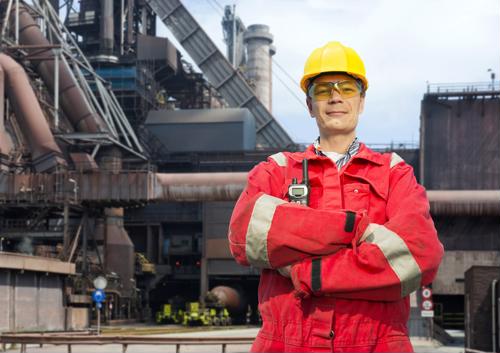 Eye safety is a vital consideration across all industries. Use this guidance to enhance your efforts to address this especially dangerous type of workplace injury.

Z-Safety Services, our European division, was featured in this video from SABIC that discusses the importance of safety within industry:

Total Safety, the world’s leading integrated safety services company, today announced that funds raised during its annual ‘Tee It Up for Charity’ golf tournament will benefit three non-profit organizations focused on improving the lives of families within their communities. Proceeds from this year’s tournament went to: Sky High for St. Jude, a volunteer organization
MORE…

Although no specific Occupational Safety and Health Administration (OSHA) standards cover heat stress, the General Duty Clause protects employees against heat-related illnesses due to the hazard’s serious nature. While most will readily acknowledge it’s important to keep body temperature stable to prevent heat illness or even death, but many don’t recognize the basic factors involved
MORE…

Are You Ready for Real-Time Emergency Response?

While many facilities have a written Emergency Action Plan (EAP) in place, they may not consider all environmental and hazardous conditions. A well-developed Emergency Action Plan facilitates and organizes company and employee responses during workplace emergencies, resulting in fewer and less severe injuries and, possibly, less facility structural damage. A facility’s EAP is imperative to
MORE…

Total Safety, the world’s leading provider of industrial safety services and equipment, has partnered with Remote Safety Recovery Systems to include a series of decontamination shower, cooling and heating, safety, and other customizable trailers as part of the Total Safety rental fleet throughout North America. Ideal for remote locations, Total Safety’s mobile decontamination shower trailers
MORE…

By John Baker, Total Safety Certified Industrial Hygienist The public debate about hydraulic fracturing, or “fracking,” has weighed the potential for environmental pollution versus the economic and energy independence benefits which fracking has unlocked. But recently, worker exposure to silica dust during fracking has been highlighted by the National Institute for Occupational Safety and Health
MORE…