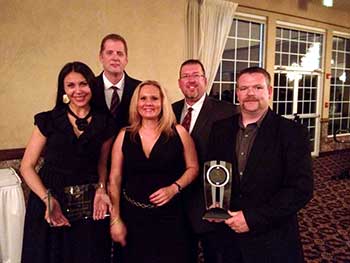 Total Safety received two Northwest Indiana Business Roundtable (NWIBRT) awards at the annual Construction Awards Banquet (CAB) on May 14. Awarded based on the performance of Total Safety personnel and their commitment to safety in the Northwest Indiana region – the Total Safety team members accepted awards for Excellence in Safety and 2014 NWIBRT Company of the Year.

The awards issued by NWIBRT are divided into several categories based on innovative ideas, safety performance, leadership, owner excellence, and more. The Excellence Award honors companies that achieve a lower Total Recordable Incident Rate (TRIR) and Days Away From Work (DAFW) than the NWI industry average. Congratulations to the NW Indiana region for their commitment and excellence-in-safety recognition.

To read more about the companies honored by NWIBRT – http://nwibrt.org/over-60-northwest-indiana-companies-honored-for-excellence-in-safety-and-innovation/