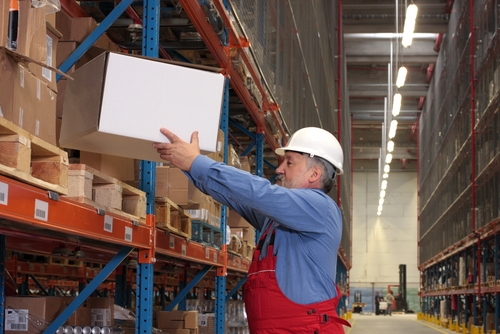 The median age of all workers across every occupation in 2013 was 42.4 years old, according to the U.S. Bureau of Labor Statistics. Some fields reported younger ages than others. Some examples include emergency paramedics, where the median age was 34.6, whereas stationary engineers and boiler operators had a median age of 48.6.

Of course, the median number is only the halfway point in a set. There are plenty of workers who are younger and older. No matter their age, employers have to ensure the necessary safety precautions and emergency plans are in place in the event a dangerous situation arises. These plans can range from what to do if a worker is impaled while on the construction site, to how to perform CPR in the event someone suffers a sudden cardiac arrest.

That being said, some companies may also want to place a bigger focus on the safety of older workers. While they may not get injured as often, older employees will take longer to recover, particularly if the injuries are severe. With a solid framework in place, these types of accidents can be avoided.

“Some companies may also want to place a bigger focus on the safety of older workers.”

Importance of older workers
According to the U.S. Social Security Administration, the normal retirement age is 65 years old. However, that seemingly increases with each passing year as some individuals choose to stay in the workforce for a variety of reasons. These can stem from a fear of not knowing what to do in retirement, to not being financially secure enough to comfortably enjoy retirement. Whatever the case, there is no denying workers are staying on the job longer. In fact, the Bureau of Labor Statistics estimated that by 2020, one in four workers will be be 55 years or older.

Older workers have developed years of experience and can be relied upon by companies to help guide new and younger hires. This is important to note because certain tasks within a job may not be as easy to explain through a presentation as they would be if watching someone else. So organizations would be making a mistake if they were to ignore older workers and not properly adapt their work sites.

Aging employees and work sites
In many ways, changing a work site to better protect older employees actually provides benefits for everyone else. In a guest column for Business Insurance, Rick Goggins, an ergonomist with the Washington State Department of Labor and Industries, said trips, slips and falls deserve more attention. What may be a minor injury for a 30-something can cause more harm for a worker who is 55 or older.

To make work sites safer, executives can take a few actions. Remove any tripping hazards and clean up spills quickly to ensure no one gets hurt. Another option could be outfitting sites with new materials, such as nonskid floor surfaces.

Companies may also want to open up to allowing older workers some more freedom over their job. For example, executives can allow workers more lighting control, as Goggins stated older workers need more light because they’re more sensitive to glare. By enabling them to control the strength of lighting, they can find the perfect spot to work, see more clearly and avoid accidents.

“If an accident does occur, it does more harm to older workers.”

Safety moving forward
Older workers are less likely to be injured while on the job, according to Stephanie Goldberg of Business Insurance. That being said, workplaces shouldn’t ignore potential hazardous situations that can severely hurt an aging workforce, because if an accident does occur, it does more harm to older workers. In the middle of October, the National Institute for Occupational Safety and Health launched a new program designed to help workplaces optimize space for older employees, titled the National Center for Productive Aging and Work. In a statement, NIOSH director John Howard said this program will focus on the needs and challenges of those workers.

“Optimizing working conditions to match the reality that every worker is aging, from the first day on the job to the last, is essential,” added Howard.