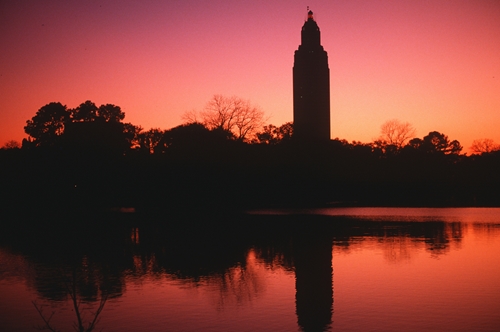 Natural disasters are an annual occurrence, and as much as they affect families, work sites are also impacted. Whether it’s tornados and hurricanes in the summer, or blizzards in the winter, work​ sites also have to prepare for the wrath of Mother Nature.

Such has been the case in southern Louisiana, where for much of August, the area has been dealing with severe flooding. As thousands of residents have been fleeing their homes and reuniting with their loved ones, companies, including construction firms, have also been proceeding cautiously in the aftermath of the flooding.

As the southern portion of the state enters the cleanup phase, the U.S. Occupational Safety and Health Administration urged workers and employers to use extreme caution during cleanup.

Crews may run into unexpected hazards they might not know about, or forget to account for. Neglecting to use caution may lead to preventable accidents and injuries. In a press release, the OSHA Acting regional administrator in Dallas, Texas, Benjamin ross, elaborated further.

“Recovery work should not put you in the hospital emergency room,” Ross said. “A range of safety and health hazards exist following flooding. You may minimize these dangers with knowledge, safe work practices and personal protective equipment. OSHA wants to make certain that all working men and women, including volunteers, return home at the end of the workday.”

Some of the dangers workers may encounter while cleaning up a work site include but are not limited to hazards regarding restoring electricity, water services, debris removal and structural repairs.

Similarly, workers also have to take into account that some of the areas they work in may still be reeling from the effects of the flooding. Wet surfaces may still be an issue, Additionally, the possibility of various materials, such as nails, glass, tree limbs, poles or more, scattered around must also be accounted for.

What needs to be done

Above all, employers and employees will need to exercise caution and ensure all areas of the site are safe to enter. Flood waters won’t be cleared out overnight. Additionally, there is still the possibility of more severe weather. OSHA recommended crews listen to their radios or local news to stay up to date on the weather, as employees don’t want to find themselves in the crosshairs of another storm.

Crews should also report downed utility lines to the local authorities or the company responsible for maintaining them. Under no means should anyone come into contact with faulty lines. Even in areas where the power is shut off, workers should still assume all power lines are active.

During the cleanup phase, and because of lingering hazards, employees will want to outfit themselves with personal protective equipment and clothing. Hard hats, gloves, sturdy boots and portable respirators will all come in handy.

Additionally, employees can’t forget about their own health. High temperatures and humidity levels still have to be accounted for in the state, and workers need to remember to keep themselves hydrated and take periodic breaks to avoid heat illness.

The Louisiana floods began just before the middle of August and came almost out of nowhere. Unlike a hurricane or tropical depression, the storm that caused the flooding didn’t have a name.

But in terms of rainwater, it was arguably more severe. According to The Washington Post, rainfall was about three times greater than the rainfall recorded during Hurricane Katrina. Interestingly, more rainwater fell in a span of three days than the total rainfall Los Angeles has experienced since August 2012.

“The amount of rain that fell in the three days had only a 0.1 percent chance of happening.”

More so, the odds of a relatively small storm dumping such a large amount of rainfall indicated it was extremely unlikely of even occurring. According to the National Weather Service Hydrometeorological Design Studies Center, the amount of rain that fell in the three days had only a 0.1 percent chance of happening.

In addition to the damage to infrastructure and about 150,000 homes, 13 lives were lost.

As the federal and state governments continue the cleanup and recovery efforts to rebuild homes and help families, employers will also have to do the same for existing (or once-existing) work sites. These construction sites, factories or more that were affected by the flooding have to be made safe again by cleaning up any debris and other matters.

OSHA has stated caution is needed during the cleanup process by companies. In addition, personal safety equipment best practices will help protect everyone involved.

Construction projects may require a few extra months to be completed, but there should be no reason why an employee injures himself or herself while recovering from the Louisiana floods.