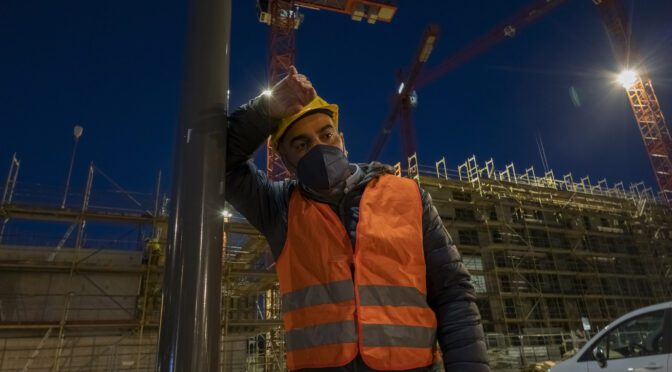 Workplace safety includes consideration of long work hours, swing shifts, and other rotating schedules that have an impact on worker fatigue. According to OSHA, almost 15 million American workers have full-time jobs that require evening, night, rotating or other irregular shifts that contributes to worker fatigue.

It is the employer’s responsibility to provide employees who are working very long shifts adequate breaks and rest time between shifts. It is a manager’s responsibility to recognize when their workers are displaying symptoms of fatigue to avoid injuries and costly damage. Recent news about the prevalence of fatigue in the workplace makes now the right time to discuss how to recognize fatigue and what to do about it.

“Fatigue causes 13% of accidents in the workplace”

The Dangers of Fatigue in the Workplace

Fatigue has a direct effect on the workforce. Fatigue affects employees’ memory, balance, concentration, decision-making, and motor skills. Research shows 13% of workplace injuries can be attributed to fatigue, a dangerous byproduct of a society that operates 24 hours a day. In the long term, persistent fatigue and lack of proper sleep can lead to poor employee health, potentially increasing the incidence or severity of issues like diabetes and heart disease.

Employees often feel the effects of a lack of rest when they commute back and forth to work. Reduced alertness and reaction time both negatively influence driver performance and put workers at risk as they travel to and from job sites each day.

The frequency with which fatigue occurs in the workplace must be recognized to craft an effective solution. Businesses, alongside the managers, supervisors and EHS specialists that address safety issues, need to look at this as a broad-based problem that could lead to negative consequences at nearly any workplace.

Fatigue presents unique challenges for companies, but recognizing the signs of fatigue can help managers to keep employees safe.  Here are seven signs of fatigue:   END_OF_DOCUMENT_TOKEN_TO_BE_REPLACED 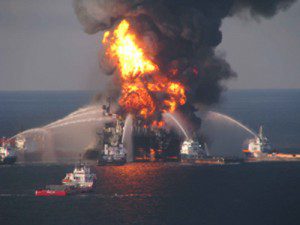 The Oil Pollution Act (OPA) was signed into law in August 1990, largely in response to rising public concern following the Exxon Valdez spill, now the second largest oil spill in U.S. waters. The intent of the law is to improve the nation’s ability to prevent and respond to oil spills. OPA 90 regulations cover many areas and include requirements for industry handling oily materials to establish contracts for spill response services ahead of time, and to conduct table top and large scale drills to test the capabilities of these services.

History shows that the speed and effectiveness of a spill response depends on the availability of equipment, resources and trained personnel. And it pays to be well prepared because response costs can be very high. Since the early days of the recent Gulf of Mexico oil spill, response personnel have been working round the clock to support containment and clean up operations.  Crews worked to protect hundreds of miles of beaches, wetlands and estuaries along the northern Gulf coast using skimmer ships, floating containment booms, anchored barriers and sand-filled barricades along shorelines. It has been reported that as of August 9, 2010, skimming operations had recovered over 826,000 barrels of oily liquid and 411 controlled burns had been carried out. Approximately 30,800 personnel were deployed, more than 5,050 vessels were at work, and dozens of aircraft were engaged in the response effort. Estimated direct response costs had already reached $6.1 billion, including the cost of containment, clean-up, relief well drilling, static kill and cementing, grants to the Gulf States, claims paid and federal costs. On June 16 2010, an agreed package of measures was announced, including the creation of a $20 billion escrow account to satisfy certain obligations arising from the oil and gas spill.1

Businesses on contract to oil companies affected by the spill scrambled to locate equipment and trained personnel, balancing the immediate needs of these customers with the needs of other customers to maintain adequate levels of response capability. Existing staff worked lots of overtime, while new employees were recruited, trained and deployed to the Gulf as quickly as possible.

In response to the spill four major oil companies (Exxon Mobil, Chevron, ConocoPhillips and Shell) launched a non- profit joint venture called the Marine Well Containment Company. It can be mobilized within 24 hours of an incident, used in deepwater depths at up to 10,000 feet, and has a capacity to contain up to 100,000 barrels of oil per day.

The recent spill was an advanced course in spill management that industry can use as a guide to assist all of us in our quest for continuous improvement.  As we have learned, spill response is expensive and resources can be tenuous and elusive. There are many lessons to be learned from this event including, but not limited to, exercising our response plans to their greatest extent possible and more accurately assessing our ability to provide services as depicted in contracts. Ultimately though, we must be diligent in the way we conduct our daily business, as noted in a statement released by Exxon CEO Rex Tillerson, “the extensive experience of industry shows that when the focus remains on safe operations and risk management, tragic incidents like the one we are witnessing in the Gulf of Mexico today should not occur.”   In summary, with significant effort to improve safety, prevention and response, the oil  industry’s motto of ‘Action before Reaction’ is the way to go.