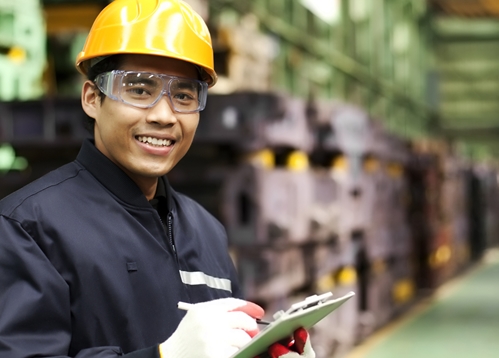 The Occupational Safety and Health Administration released a new safety and health information bulletin on the hazards associated with hydrogen gas purging.

Hydrogen gas-cooled generators are common in electric power plants. As Energy Tech explained, hydrogen has been used to cool large electric generators in power plants since the 1930s. Hydrogen has superior cooling properties and because the gas is so light, it is able to cool generators without the resistance created by wind cooling, which can reduce efficiency.

However, hydrogen presents unique safety challenges. For one, it has a wide flammability range, and air with hydrogen concentrations as low as 4 percent can be highly flammable. According to OSHA guidelines, concentrations higher than 10 percent are considered immediately dangerous. Additionally, hydrogen has a low ignition energy, meaning even a small spark, such as an electrostatic charge from a worker's movements or plugging in an electrical device, can be enough to ignite a fire.

"Air with hydrogen concentrations as low as 4 percent can be highly flammable."

The new OSHA bulletin provides safety guidelines for when employees need to perform maintenance tasks on electric generators, and addresses the risks associated with the combustible nature of hydrogen. The document spells out the importance of ensuring the gas is properly purged from generator housings and bushing boxes before maintenance begins in order to minimize the risk of flash fires.

According to the bulletin, much of the work involved in maintaining or servicing electric generators, including work on the housings and bushing boxes, requires following permit-required confined space entry procedures. These steps include checking for oxygen concentration and the presence of flammable gases, such as hydrogen, in the workspace. However, safety challenges become present because it can be difficult to detect if hydrogen is still lingering in the confined or enclosed space.

As the American Industrial Hygiene Association noted, hydrogen is also a colorless, odorless and tasteless gas, so it gives off no sensory clues to its presence. The gas is also lighter than ambient air, meaning it may migrate to overhead areas where it is more difficult to detect. In addition to flammability risks, hydrogen exposure can result in asphyxiation if not completely purged from the area.

How fatal flash fires occur
In order to illustrate the importance of this issue, OSHA's safety bulletin included a case study from a 2011 incident in which hydrogen gas was not properly purged from a work site during turbine generator repair. In this incident, hydrogen gas was present in the turbine's generator housing and its bushing box.

As the bulletin is not a new standard or regulation, its recommendations are not legally binding. They are designed to help employers identify risks that may compromise workplace safety. However, employers are still required to follow applicable standards for their industries and work sites.