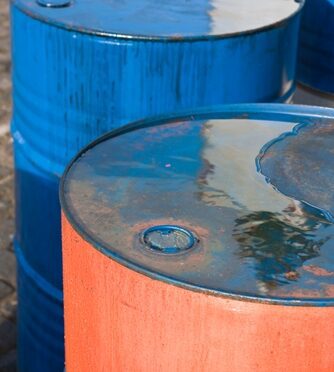 The U.S. Departments of Homeland Security and Health and Human Services teamed up together to release new guidelines for handling mass chemical exposure, which is especially relevant for workers at industrial worksites, Occupational Health and Safety magazine reported. The DHS' Office of Health Affairs Chemical Defense Program and the HHS' Office of the Assistant Secretary for Preparedness and Response released the guidance in response to an incident at a fertilizer plant in West, Texas, in 2013 that resulted in several causalities.

The U.S. Chemical Safety Board concluded the accident that killed 15 people, including workers at the plant and emergency responders, was preventable, CNN reported.

The CSB said issues within the plant, as well as with regulatory agencies from all levels of government, resulted in the facility having multiple safety violations before the accident. These include McLennan County not being prepared with an emergency response plan as well as lack of fire codes.

"It resulted from the failure of a company to take the necessary steps to avert a preventable fire and explosion and from the inability of federal, state and local regulatory agencies to identify a serious hazard and correct it," CSB Chairman Rafael Moure-Eraso said.

The accident has prompted calls for stricter regulations for storing chemicals for fertilizer, such as the ammonium nitrate used at the West plant.

In the event of an accident that requires swift decontamination of workers and hazardous chemicals during explosions and other incidents, employers should follow recommended guidelines from federal safety and health regulators.

Here are tips for safe decontamination for chemical incident sites:

Know the symptoms of chemical exposure
Once workers have contact with hazardous materials, they may exhibit signs that they have been exposed. When there is the potential for contact with chemicals, those responsible for emergency response should determine whether workers have been exposed through recognizing key signs, including the look and characteristics of the contaminants in question as well as the health effects of exposure, such as nausea and vomiting for certain chemicals.