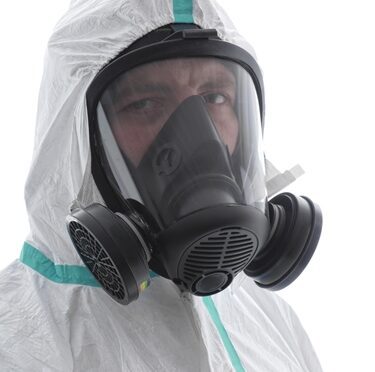 Respirators serve an important function by protecting workers from significant hazards including insufficient oxygen and harmful pollutants in dusts, fogs, smokes, mists, gases, vapors and sprays. The Occupational Safety and Health Administration has long stressed the importance of respirator protection and proper fit testing on a regular basis. Now, a new study from the National Institute for Occupational Safety and Health has found the percentage of improperly fitted respirators increases with the length of time in between fittings.

The importance of respirator fit testing
As the study's authors noted, respirator fit tests have been a contentious issue for some employers who may feel burdened by their time-consuming nature. The amount of time that a respirator may safely be used before a new test is needed was debated for some years, though OSHA settled on annual testing in its 1998 respiratory protection standard.

"NIOSH found questions about the necessity of respirator testing remained for many sectors."

However, NIOSH found many sectors still had questions about the necessity of respirator testing, including the industrial hygiene industry. In order to establish whether a respirator's fit changes over time, how weight fluctuations may alter the fit and the necessity of annual testing, NIOSH conducted a study of seven different sizes and models of respirators over a three-year period using more than 100 volunteers as subjects.

According to the study's findings, the longer the length of time between fit tests, the greater the risk that the respirator will no longer adequately protect the worker. Of the workers who participated in the study, 10 percent needed to have their respirator adjusted after one year. However, for subjects who went two years between fitting tests, 20 percent needed to have their respirator adjusted, suggesting the risk of exposure doubles after two years. After three years, the risk of exposure increased to 26 percent.

"This study found that respirator fit did change over time," NIOSH reported in a statement. "The greater the weight loss, the higher the chance that respirator fit will change. Therefore, this NIOSH study supports the current OSHA requirement for annual fit testing."

Additionally, the study found respirator users who lose more than 20 pounds since their last fit test should have their fittings prioritized, as they will be at a greater risk for exposure.

Updates to NIOSH safety tools
The release of the study follows an update from NIOSH to its MultiVapor computer tool, which helps employers estimate the service lives of air-purifying respirator cartridges, including the average "breakthrough time," or time it takes for the user to be exposed to toxic vapor.

The update adds 66 new compounds to the tool's library since the release of the previous version in December 2009. Additionally, the tool now includes updated service life and capacity estimates for three of the most commonly used respirator filter models.