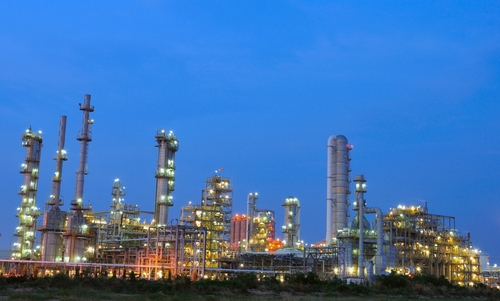 A Newark, New Jersey, chemical manufacturing company is facing more than $72,000 in fines after officials from the Occupational Safety and Health Administration uncovered 17 serious safety and health violations at its facility.

The violations stemmed from equipment process safety information, process hazard analysis, written operating procedures, contractor safety, equipment inspection and testing along with management of process changes. OSHA said the violations resulted in a hazardous environment for workers made even more dire due to the facility's storage of more than 10,000 pounds of ethyl chloride, a highly flammable liquefied gas.

"The company's failure to comply with OSHA's process safety management standard could result in a chemical release, as well as a serious fire or explosion," OSHA Area Director Kris Hoffman said in a statement.

The violations were found as part of an increased OSHA effort to improve safety in chemical manufacturing facility. Unfortunately, the incident is only one of the many recent events underscoring the importance of the process safety management standard, the OSHA regulation that governs the management of hazards associated with processes using highly hazardous chemicals.

What is the PSMS?
The PSMS is OSHA's program designed to increase worker safety around processes involving the use, storage, manufacturing, handling or moving of highly hazardous chemicals in the workplace. The standard looks at the use of safety technologies, as well as training programs and managerial practices.

The standard is mostly used in manufacturing industries, particularly chemical, pyrotechnics or explosives manufacturing or transport, and fabricated metal products. However other industries, including those that work with natural gas liquids, farm product warehousing, food processing, or electric, gas and sanitary service, may also be affected by the standard.

"Facilities with hazardous chemicals must submit to compliance audits at least once every three years."

The PSMS guides employers to utilize a process hazard analysis, a method for identifying risks relating to hazardous chemicals and implementing safeguards to prevent their release. This includes implementing written operating procedures, employee training, emergency action plans, pre-startup safety reviews, mechanical integrity evaluations of critical equipment, contractor requirements and written procedures for managing any change in the work environment. Facilities must also submit to compliance audits at least once every three years and undergo investigation following any release or near release of hazardous chemicals.

Safety upgrades needed
While the PSMS provides many guidelines for safety in workplaces processing or storing hazardous chemicals, it may face further revision in the future. An investigation following a 2013 chemical explosion in Texas has drawn attention to the need for increased chemical processing safety and may facilitate the need for upgrades to the PSMS.

In early February, the Chemical Safety Board issued recommendations for both OSHA and the Environmental Protection Agency after concluding its examination of a chemical explosion in Waco, Texas, that killed 15 people and injured 260 others. The explosion occurred after a fire caused 30 tons of fertilizer grade ammonium nitrate stored in combustible plywood bins to overheat. In addition to fatalities and injuries, the blast caused structural damage to 150 nearby structures, including residential buildings and two schools. Damage to several of these structures was great enough to necessitate their demolition.

The CSB noted that OSHA process safety management standard does not cover fertilizer grade ammonium nitrate, and has recommended an upgrade to the guidelines. Additionally, CSB investigators advised that all bins made of wood and other combustible materials should be removed from chemical processing facilities and replaced with non-combustible varieties.

"The CSB noted more fertilizer facilities should be made aware of OSHA guidelines."

"This is one of the most destructive explosions ever investigated by the CSB," Vanessa Sutherland, chairperson of CSB, said in a statement. "The CSB's report found that limited regulatory oversight, poor hazard awareness, inadequate emergency planning, and the proximity of the facility to nearby homes and other buildings all led to the incident's severity. The proposed safety recommendations address steps needed to help prevent a similar tragedy in the future."

In addition to possible OSHA updates to the standard, the CSB noted safety can be increased by making sure more facilities that hold fertilizers are aware of the possible hazards and follow the existing guidelines in the PSMS. Following the announcement of the CSB report, the Agricultural Retailers Association called on OSHA to update its guidelines for the storage of fertilizers and other hazardous chemicals, and called on all facilities handling or storing fertilizers to maintain and comply with all federal regulations.