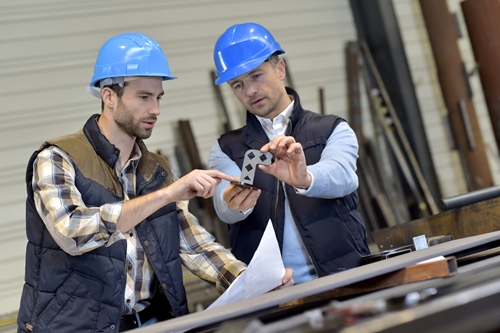 The U.S. Bureau of Labor Statistics stated private workplace injuries and illnesses declined in 2015. Injury rates have now fallen for the last 13 years.

There were about 2.9 million nonfatal illnesses and injuries reported by private employers to the Occupational Safety and Health Administration. Approximately 2.8 million, or 95.2 percent, were injuries. The remaining 4.8 percent of reports were illnesses.

A decline in injury reports is a positive statistic because it indicates workers and their employers are taking safety seriously. OSHA rules have also played an important role in the decline of workplace injuries.

“Workplace injuries and illnesses declined in 2015.”

Between 2014 and 2015, injury reports decreased by roughly 48,000 cases even though more working hours were reported. The injury rate was at three injury cases per every 100 workers. OSHA stated this is the lowest recorded rate since 2002.

The decline in injuries was spread across six of the 19 private industries OSHA tracks. The six areas where injury totals fell were (in no particular order):

In a statement, OSHA Assistant Secretary of Labor Dr. David Michaels said the agency is encouraged by the decline in worker injury and illness rates.

“This is the result of the relentless efforts of employers, unions, worker advocates, occupational safety and health professionals, and federal and state government agencies ensuring that worker safety and health remains a top priority every day,” said Michaels.

However, that doesn’t mean OSHA is completely satisfied.

“Despite the decline, approximately 2.9 million private sector workers suffered nonfatal injuries and illnesses last year,” Michaels added. “That is still far too many. At OSHA, we will continue to do all that we can to continue driving the rate down.”

The public sector employed approximately 18.4 million individuals last year. The BLS reported that 752,600 injury and illnesses were reported among federal and state government workers for an injury rate of 5.1 per 100 workers. These injuries were spread across police and fire departments, schools and hospitals.

The injury rate itself experienced little change from 2014’s rate of five cases for every 100 workers. However, rates for local government workers were statistically higher at 5.6 cases, whereas the BLS recorded 3.7 cases per 100 full-time workers in state government.

How and why safety is improving

OSHA rules and regulations have played a role in reducing injuries and illnesses and so too have larger economic trends. According to Society for Human Resource Management, declining injury rates in the oil industry can be attributed to a smaller workforce because of fewer jobs in 2015.

Furthermore, demand plays a role in safety standards. If employees feel rushed, it’s more likely they’ll skip over safety precautions. Higher demand may also result in employees working more and sleeping less, which can cause them to not always react to safety hazards accordingly.

Moving forward, it’s important a company’s leadership continues to follow regulations and rules. When it comes to safety, there is no negotiation. Declining injury and illness rates are a step in the right direction, but every company should strive for zero injury cases.