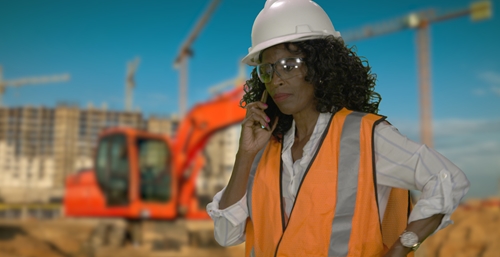 The Occupational Safety and Health Administration (OSHA) recently announced a regional effort to curb serious injuries and fatalities that businesses across the country can learn from. The Safe and Sound Campaign is focused on OSHA’s Region 7, which includes Kansas, Missouri and Nebraska. With a focus on hazards than can arise in a number of industries and have led to increased fatalities in those states, OSHA again demonstrates its role as a leader in the industrial safety field.

The driving force behind the Safe and Sound Campaign is a recent increase in fatal workplace accidents. OSHA said it conducted 12 fatality inspections across the three states of Region 7 from Oct. 1, 2016 through Feb. 1, 2017. That’s an average of more than two fatalities per month during a five-month time frame, which is significantly higher than previous fatality rates. A previous and similar five-month span, from Oct. 1, 2015 through Feb. 1, 2016, involved seven fatalities – close to half of what was experienced at the end of 2016 and beginning of 2017.

The three types of fatal accidents that increased during the time period involved confined space entry, trenching and excavating and workers struck by motor vehicles. Employee deaths related to incidents with vehicles doubled between the two time frames previously outlined. That’s worth special notice, considering how common it is for workers to perform duties near motor vehicles as well as to tasks related to operating them.

“Workplace safety and health incidents hurt workers and their families, and they cost [businesses] capital better invested in growing their business and creating jobs,” said Kim Stille, OSHA’s Regional Administrator in Kansas City, in a press release from the agency. “By identifying and controlling job-related hazards that can lead to injuries and illnesses, businesses can improve their safety and health programs, save money and improve competitiveness.”

OSHA’s primary goal is to improve employee safety concerns, but the comments from Stille indicate the federal regulator has a holistic view of what safe and healthy workplaces mean for business owners and the economy in general.

With all of these scenarios possible across a number of different industries and workplaces, there’s no one type of business to single out. Instead, OSHA assembled a three-pronged guide to improving on these safety concerns. While the Safe and Sound Campaign was developed with the increase in fatalities in Region 7 in mind, the advice shared applies to nearly every business. EHS Today outlined the three components of the OSHA platform:

OSHA also highlighted the availability of on-site consultation, which businesses can access in all 50 states. Benefits range from improvements to worker safety to a one-year waiver for other OSHA inspections.